I think I can safely say that nobody understands quantum mechanics.”
(R. Feynman)

Quantum Mechanics (QM) is the “best” theory of the world physicists have at the moment (at least of everything apart from gravity). But it’s infamously hard to wrap one’s head around what it actually means. It’s probably the first time in physics where it becomes really apparent that the mathematical language in which we describe a theory can work, while it at the same being close to impossible to give an intuitive interpretation of the mathematical structure. Feynman’s words tend to be used as a free pass for physicists to act like thinking about interpretations of QM is a waste of time, because it’s impossible to understand it either way.

This is the first article of a two-part series: I realized it’s too hard to cram all that material into just one text, and I am mindful of the stress one can experience when learning about QM (story of my undergraduate studies…).

So in this article, I will focus on the measurement procedure in QM and what that tells us about the general setup of the fundamental objects that constitute reality, so-called quantum systems. The second article will use this as a foundation to elaborate on the problems encountered when trying to interpret quantum mechanics.

First of all: Why is it so important to think about measurements?

Measurements determine the relationship between the world and us that want to find out things about this world. Every contact between reality and scientists takes place through a measurement. In the measurement problem, ontology (the theory of what there is) collides with epistemology (what we can know about the world). Are the things we measure actually the things that exist or are they just a representation of what we can possibly know of them? In a Kantian way of phrasing the problem: is the “Ding an sich” perennially hidden from our view, and all we can know is filtered through the structure of our subjectivity, or are we actually observing a real, objective world? Or is the only thing that we can believe to be real just the structure reflected by our theories? (that is the approach taken by modern philosophy of science approaches such as structural realism). 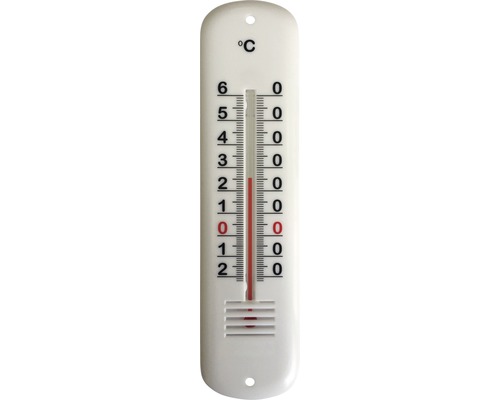 In quantum mechanics, you can do the same thing, and, for instance, couple a pointer to an observable like a spin. The coupling between measurement device and system leads to something called an entangled state, which is a unique feature of QM. I’ll get back to this in the next article.

But for now, I want to narrow in on what is so weird about the results you get even for the most basic quantum measurements.

A simple example of a quantum measurement is that of a spin system. Spin is a purely quantum mechanical property of electrons, photons, etc. which is usually explained by an intrinsic angular momentum. If you didn’t pay too much attention in school, don’t worry: you can kind of think of this as the electron turning around its own axis.

Like with angular momentum, the spin can be pictured like an arrow pointing in a certain direction in space. If you have a coordinate system, the spin can point upwards in z-direction, or downwards in x-direction, etc.

All good for now, nothing too strange yet.
If we have an electron in front of us that we don’t know anything about, we can decide, for example, to measure its spin in z-direction. This measurement will tell us where the spin is pointing: that can be either upwards (called spin-up) or downwards (called spin down).

All good for now, you might be thinking. Let’s think again. Why is the spin pointing precisely upwards or downwards in z-direction, when it could also be pointing in any other direction? Remember: we knew nothing about the electron in advance. If we have a rotating ball like in the upper picture, the rotational symmetry is broken, and you clearly have one special axis (the blue one in the picture) that can be described by a unique vector in R³, and around which the ball is rotating. Therefore, the angular momentum points in a direction in space independent of your measurement.

Keep that in the back of your head, but let’s assume for now that all is good and that the spin is in the state

In each direction we are measuring, the spin can only point either perfectly upwards or downwards. Let’s look at the implications, which is where it gets really strange.

And after this measurement, we know all there is to know about the spin of the electron!

Let me elaborate. After we measured the spin in the z-direction, we can then measure in the x-direction. Can we predict in which direction the spin will be pointing? No! It’s 50/50. It’s a coin flip. It’s a matter of luck. It’s the dopamine receptor’s dream. It’s the perfect random generator.

We don’t know and we can’t know in advance where the spin will be pointing.

And there are, as shown by Bell, no hidden variables (information about the system hidden to us) that could tell us where it will be pointing if we just had more information (this is what I mean when I say that we know everything we could possibly know about the spin).

But wait, now that we have measured the spin in the z-direction and know if it’s up z or down z and we have measured in the x-direction and know if it’s up x or down x, you could think that we actually know more about the spin of the electron than after just one measurement. Say we measure first z up and then x down, then we could write down all the information we have in a simple equation like

Let’s measure for a third time, again in the z-direction. If the equation I just wrote down is correct, we should get a spin up.

But we only get that result 50% of the time. In the other 50%, the spin is pointing downward. It’s a random generator again, and we absolutely don’t know and can’t know where it will be pointing.

And you can probably see why. What’s up with causality? At the fundamental level of quantum physics, there is something going on that appears to violate all our intuitions about cause and effect. How can there be absolutely no good reason why the spin is pointing this way or that way? How can a coin flip be at the heart of physics?

In mathematical terms, we say that the spin observables don’t commute, meaning that the order in which we carry out the measurements is important. It, therefore, makes a difference if we measure

In the second case, after having measured the spin in the z-direction and having obtained a result, repeating that measurement will always give the same outcome, so writing down spin= up z makes sense, but, as I said, this is all we can know.

For those mathematically curious: we model spins by two-dimensional, non-commuting matrices called Pauli matrices instead of numbers to reflect this property (when multiplying matrices, the order is usually important, so for A,B being matrices, ABA=AAB only holds if A and B commute).

But then again, we have to admit that it’s not completely random. There is an underlying structure. If you carry out this spin measuring procedure a thousand times, there is a good chance that you will get approximately 500 up spin and 500 down spins. The law of large number also holds in quantum mechanics: knowing all there is to know about the spin gives you the ability to statistically predict the outcome of the measurement, and if you repeat the measurement often enough, you will approximate the prediction to arbitrary precision.

By the way: these wave functions live in Hilbert space, which is a useful thing to offhandedly mention during the next water cooler talk.

The underlying structure is reflected by something called the wave function, the central object of quantum mechanics.

The wave function reflects all we can know about the spin and therefore incorporates the statistical properties of the measurement into the structure of reality (as I mentioned earlier, ontology and epistemology are overlapping in a weird way in quantum mechanics). If we just write down what we know, a spin wave function can be written something like this:

That is very similar to a probability sum in statistical theory. If you were describing a dice throw, you could model that as

But it has to be emphasized again that there is a big difference between throwing dice and measuring spin. When throwing a dice, we as observers could in principle know which number would come out on top: if we had all the information about the dice and the individual throw, we could just build a perfect simulation of the dice in advance and predict the outcome with arbitrary precision.

In quantum physics, we can’t build that perfect simulation. We simply can’t know what comes out in a measurement, no matter how precise we measure, and up until now, there seems to be no good reason whatsoever that in one measurement we get this result and in another, a different one.

This intuitively violates Leibniz’ principle of sufficient reason. We think every external event should have a reason that completely explains it, e.g. we think that if we understand every mechanism involved in a physical process we should be able to fully understand its outcome. But It ain’t necessarily so.

This is just one of the counterintuitive properties of QM, but it is the one that for me lies at the heart of the “problem” that has puzzled many people in the last 100 years. It’s a strange problem. It’s so strange a problem that Feynman said that “Quantum Mechanics is so confusing that I don’t even know if there’s a problem”. The math doesn’t lie and works out perfectly fine, but for some unfathomable reason, it doesn’t make much sense to us the longer we think about.

Yep, so this is what‘s so weird about Quantum Mechanics.

(The second part of this story can be found here.)